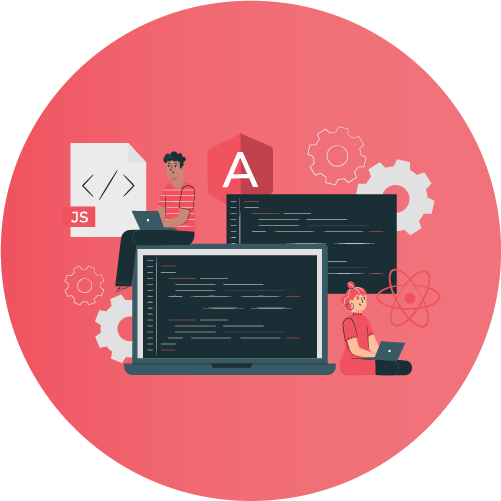 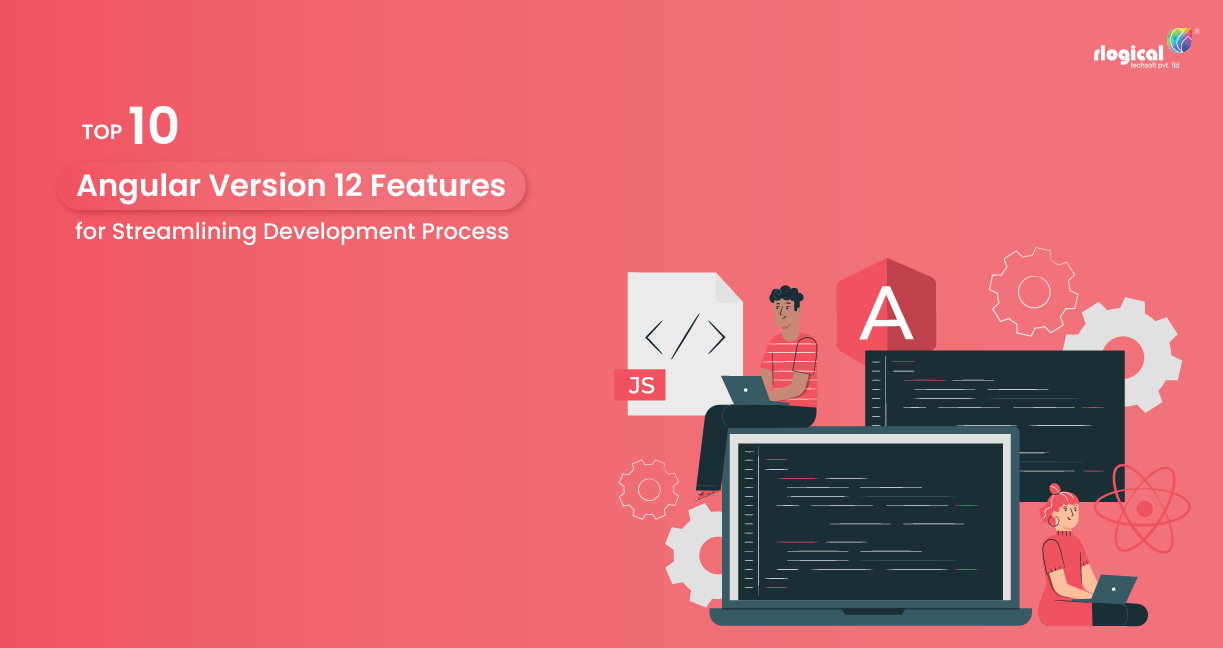 Angular 12 was launched on 12th May in 2021. Version 12 put a step forward in the adoption of the Ivy Everywhere methodology. It reveals great potential ahead for this platform with the new Ivy move, rendering pipeline, and its compilation. This angular version is faster and smaller, which allows the Angular ecosystem’s transition to the compiler of Ivy. With nullish coalescing and stylish improvements, developers will provide AngularJS development services with cleaner codes and better Angular templates. Moreover, it delivers TypeScript v4.2, Webpack 5 support, and a stick model to catch errors in the development cycle.

View Engine has now been deprecated in Angular 12, and its complete removal will be there in future releases. Angular is enhancing its learning experience with more meaningful transformations to documentations, including new guide types for content, contributors, and videos. Many more amazing features are introduced in Angular version 12, which you can know by reading further.

In Angular 12, View Engine is deprecated, and the community is working on ongoing delivery towards the goal of amalgamating the ecosystem of Angular on Ivy. Current libraries still use View Engine. But the library authors want to shift to Ivy. AngularJS development services become easy with Ivy as developers can compile all components independently and enhances development times.

The Angular team is working to decide Protractor’s future. They are currently exploring the given feedbacks in RFC. The team decided to remove it in further new tasks and more furnished alternatives along with third-party solutions. They are working with webdriverIO, TestCafe, and Cypress to improve AngularJS development services with amazing elective solutions.

Angular version 12 offers the (??) operator for writing clean code for program conditionals. You can update Angular apps while leveraging the operator for making the conditional statements process simple and easy. For a long time, such a TypeScript operator has remained operational, and introducing it to Angular enhances the usability for developers many times.

In the i18n framework, several legacy message-ids are being used. These message-ids are tender as problems can arise dependent on organizing formats, ICU expressions, and whitespace. For dealing with such a problem, the team is changing its location. The new message-ids are more natural and tough. This configuration is going to minimize the translation invalidation along with the retranslation app’s cost. New tasks have been naturally designed since Angular 11 to use message-ids, and currently, they have tools to shift existing ventures and existing translations.

Components in Angular 12 will have the inline SASS support inside the styles field. Previously, SASS was accessible only through outside resources due to the Angular compiler. Developers can improve the AngularJS development services by using the apps’ component by adding inlineStyleLanguage to angular.json. Otherwise, SASS can be accessible through SCSS. Angular Material and Angular CDK have incorporated the module framework of SASS internally.

For using the Angular CDK or Material, you have to make sure that you changed the node-SASS into the npm package of SASS. A node-SASS package remains unmaintained and unaware of new features added to the language. When you update your app to Angular 12, it will, in turn, change to SASS API through refreshing the app with ng updates.

Must Read: What is Angular CLI, and How is it different from AngularJS?

The team of Angular is trying to improve the experience from versions 6, 7, 8, and 9 for users through new features. They released some amazing improvements to documentation and updated the contributor’s guide of angular.io for helping individuals to uplift the documents.

Angular is a superior platform, indicating that it will always update with an advanced web ecosystem. Legacy browsers’ support removal allows concentrating on modern solutions for helping clients and developers. The team included a deprecation warning as an Angular 12 and will fully remove IE11 support in Angular 13.

Angular version 12 has a feature with strict mode as a default option in the command-line interface. Strict mode enhances maintainability and helps you in catching errors or bugs earlier in the development process. Furthermore, the strict mode apps are easier to examine and aids the command refractor codes update securely while updating newer Angular versions.

Many upgrades in the Angular 12 revolve around HTTP support which is mentioned below.

The HttpClient can now be used to keep and recover metadata for interceptors and requests. HttpContext can utilize the capacity, and currently, HTTP strategies incorporate another circumstance like HttpContext, which can utilize pass in the map.

Angular 12 has its own comprehensible names for HTTP-status-codes in const enum form. Due to the new element, programmers can use the status code rather than introduce a solution for human-readable names.

The HttpParams has an appendAll technique that can effortlessly add many boundaries without many delays.

Troubleshooting API in Angular is a major improved feature. There are very few functionalities that are implemented, namely esetProfiler and getDirectiveMetadata for debugging APIs. The getDirectiveMetadata is used for recovering data and directives. The esetProfiler is used to trace durations of template creations, process lifecycle hooks, and update templates. These API provide insight into apps working during runtime.

After the launch of Angular version 12, the team reported that Angular development tools are accessible for Google Chrome. Its embedded profiler can preview and keep track of a change detection event. This helps in monitoring which components and detection cycle took the most time. Previously, the community had only semi-official development tools that lacked compatibility with Ivy. Therefore, it is a full win-win situation.

Must Read: Angular Vs. Blazor: Which is The Best One to Opt for Web Development?

Angular version 12 comes with an array of improvements in its performance, form validation, compilers, language services, and many more. The Ivy ecosystem inclusion and View Engine deprecation are some of the major changes in version 12. Moreover, Angular 12 has Nullish Coalescing, style improvements, and i18n Message-IDs migration are great features to make the release more stable. Bug fixes, kernel, language, function, etc., ensure smooth functioning of the development process.